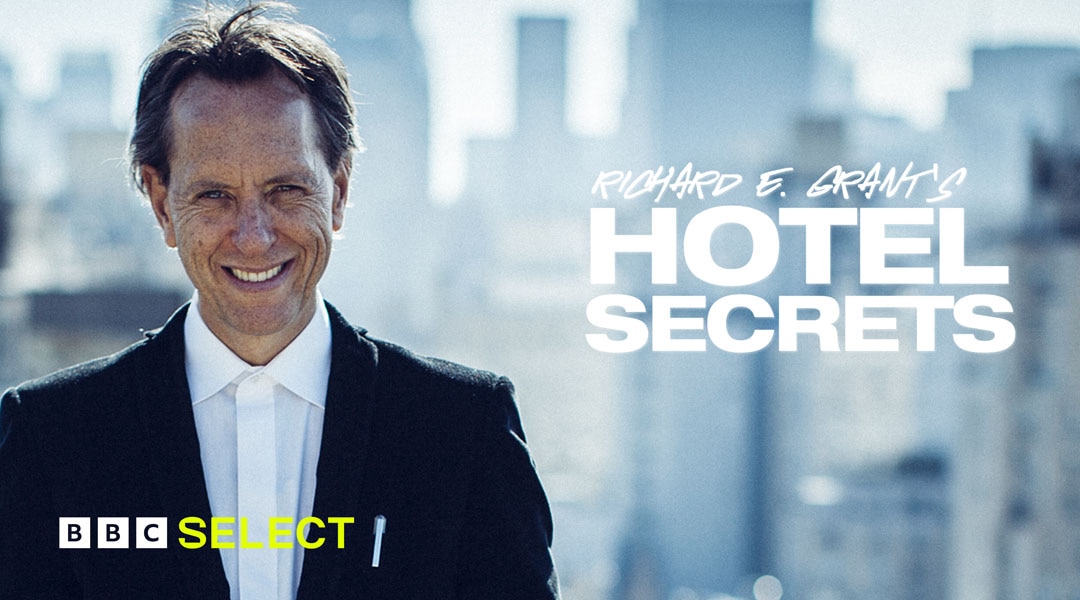 Richard E. Grant goes in search of celebrity skeletons in closets in the best hotels on the planet. Watch this as well as many other diverting travel and history documentaries on BBC Select – a new streaming service on Amazon Prime Video Channels and the Apple TV app.

Oscar-nominated actor Richard E. Grant is our gleeful guide to the world’s most exclusive hotels, as he travels to a series of opulent enclaves offering luxury beyond the reach of most. Heading to famed establishments including Las Vegas’s Caesar’s Palace, Los Angeles’s Chateau Marmont and New York’s Chelsea Hotel, the hilariously direct, outrageously funny Grant charms the staff of these normally-discreet hotels into spilling their secrets. The result? A-list excess and steamy affairs and scandals are revealed in this joyous insight into an exclusive VIP world.