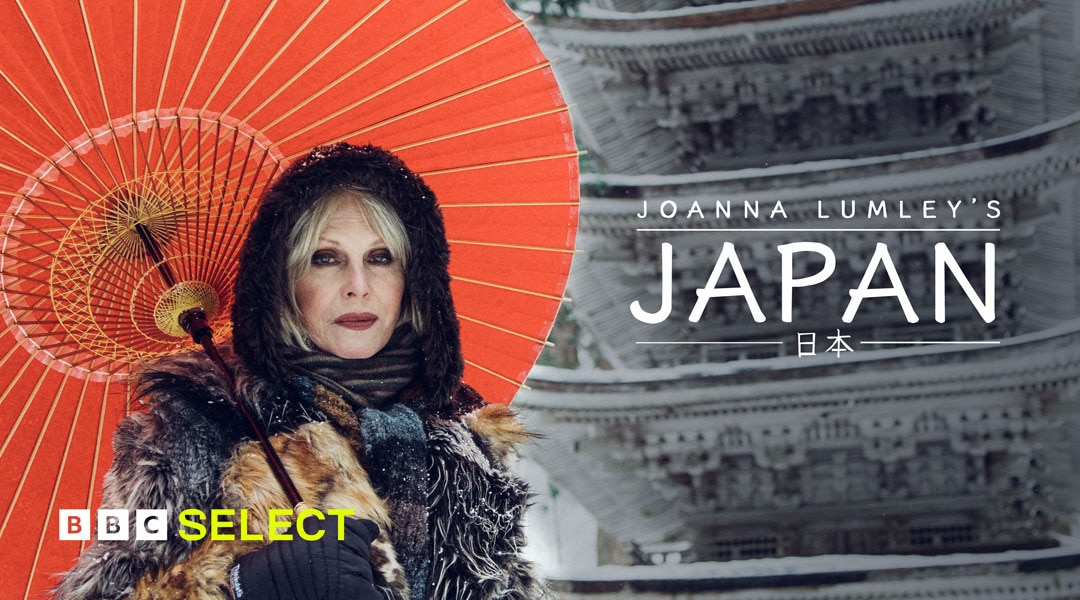 British national treasure Joanna Lumley travels to the fascinating and ancient country of Japan. Watch this as well as many other acclaimed travel and big thinking documentaries on BBC Select – a new streaming service on Amazon Prime Video Channels and the Apple TV app.

The Absolutely Fabulous actor and activist Joanna Lumley turns adventurer on her latest epic journey, visiting the magical islands of Japan by boat, train, plane and foot. The world’s second-largest economy is a beautiful and perplexing country of extremes and Joanna is on a mission to meet some of its most fascinating citizens as she explores the uncharted corners of Japan’s 6,800 islands. She takes in rustic mountains and sprawling super-cities including Tokyo, the nation’s capital and a fascinating, fluorescent symbol of Japan’s postwar boom.