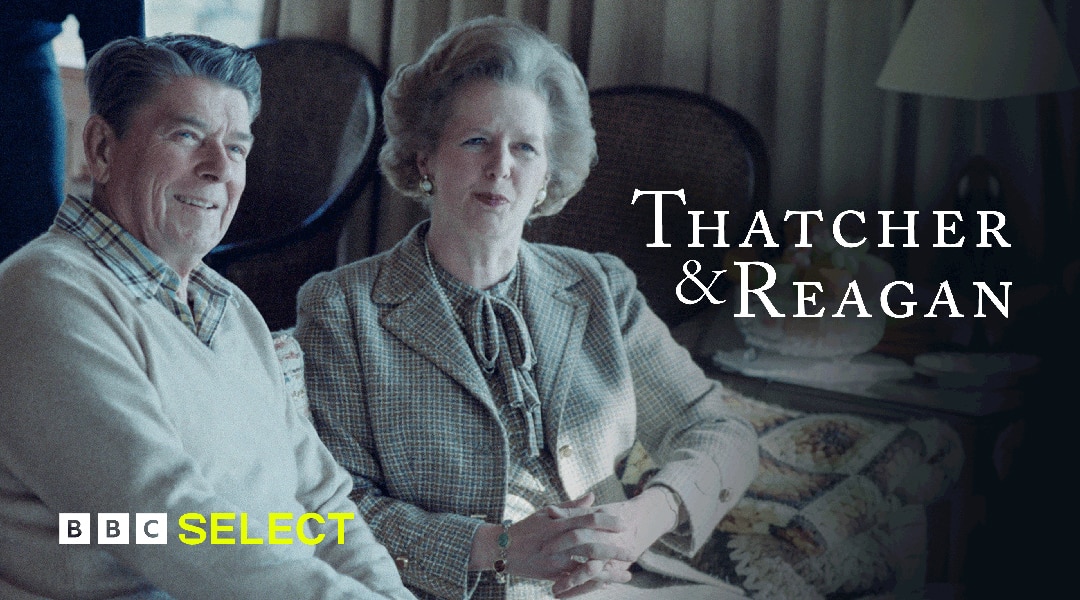 Ronald Reagan and Margaret Thatcher helped to create the ‘special relationship’ between the UK and the USA. Despite differing personalities, they forged a very close bond. But what lay behind their mutual attraction?

In this fascinating Margaret Thatcher and Ronald Reagan documentary, biographer Charles Moore uses eyewitnesses and secret papers to get under the skin of the Thatcher and Reagan dynamic.

How did the relationship between the UK’s ‘Iron Lady’ and America’s avuncular, charismatic President develop? In this captivating Ronald Reagan and Margaret Thatcher documentary, official biographer Charles Moore investigates a friendship which altered the course of world history. Was it ideology, personality or something else that cemented their burgeoning alliance? Did the close ties between Margaret Thatcher and Ronald Reagan accelerate the end of the Cold War and the eventual collapse of the Soviet Union? This fascinating BBC history documentary looks at the triumphs, and conflicts, between the two world leaders. How did this very special relationship shape the world as we see it today?

BBC Select is available on Amazon Prime Video Channels, the Apple TV app and the Roku Channel for only $4.99 a month. Start your free 30-day trial today to stream documentaries on Smart TVs, laptops, tablets and mobile devices. Restrictions apply*.